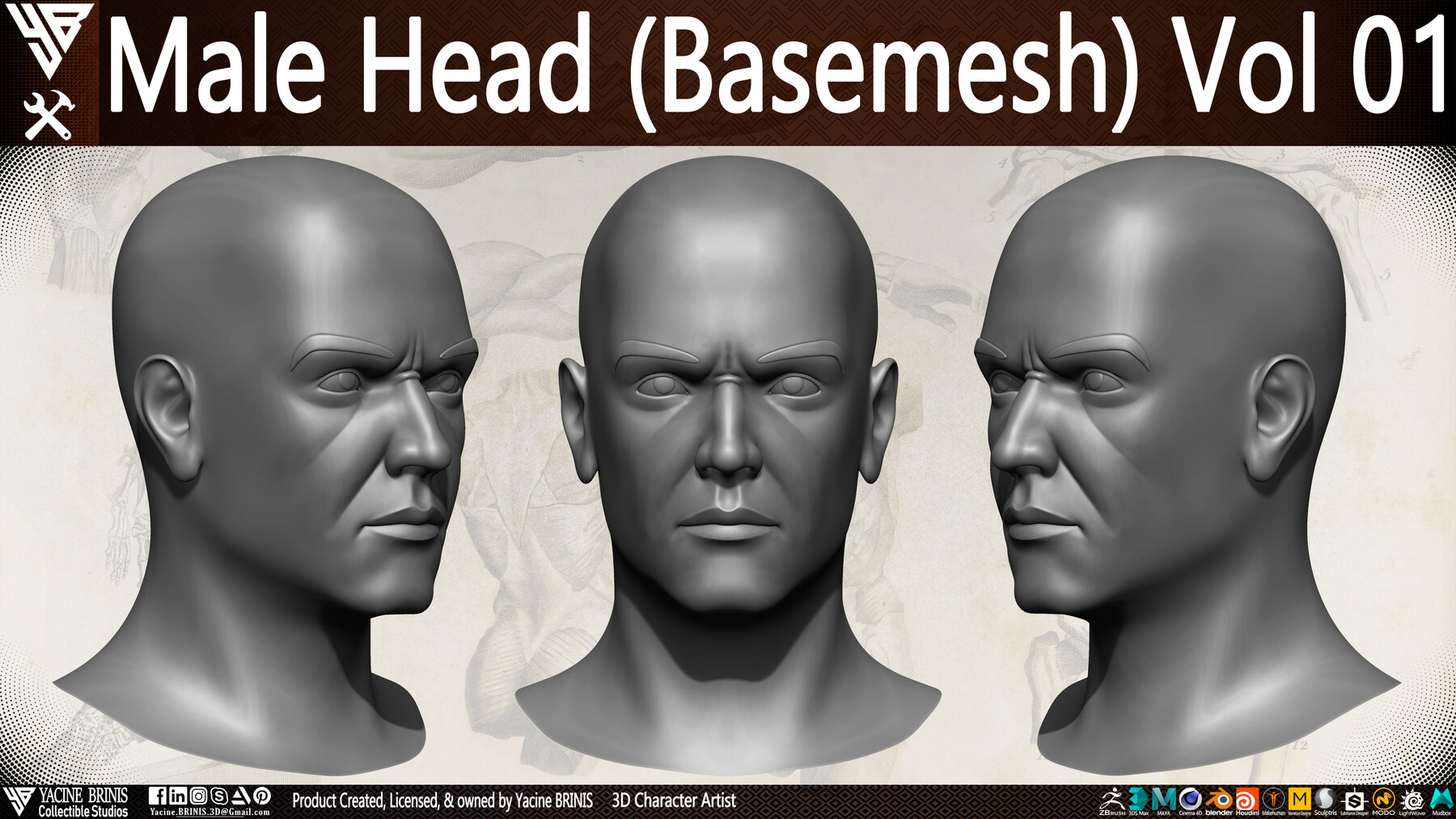 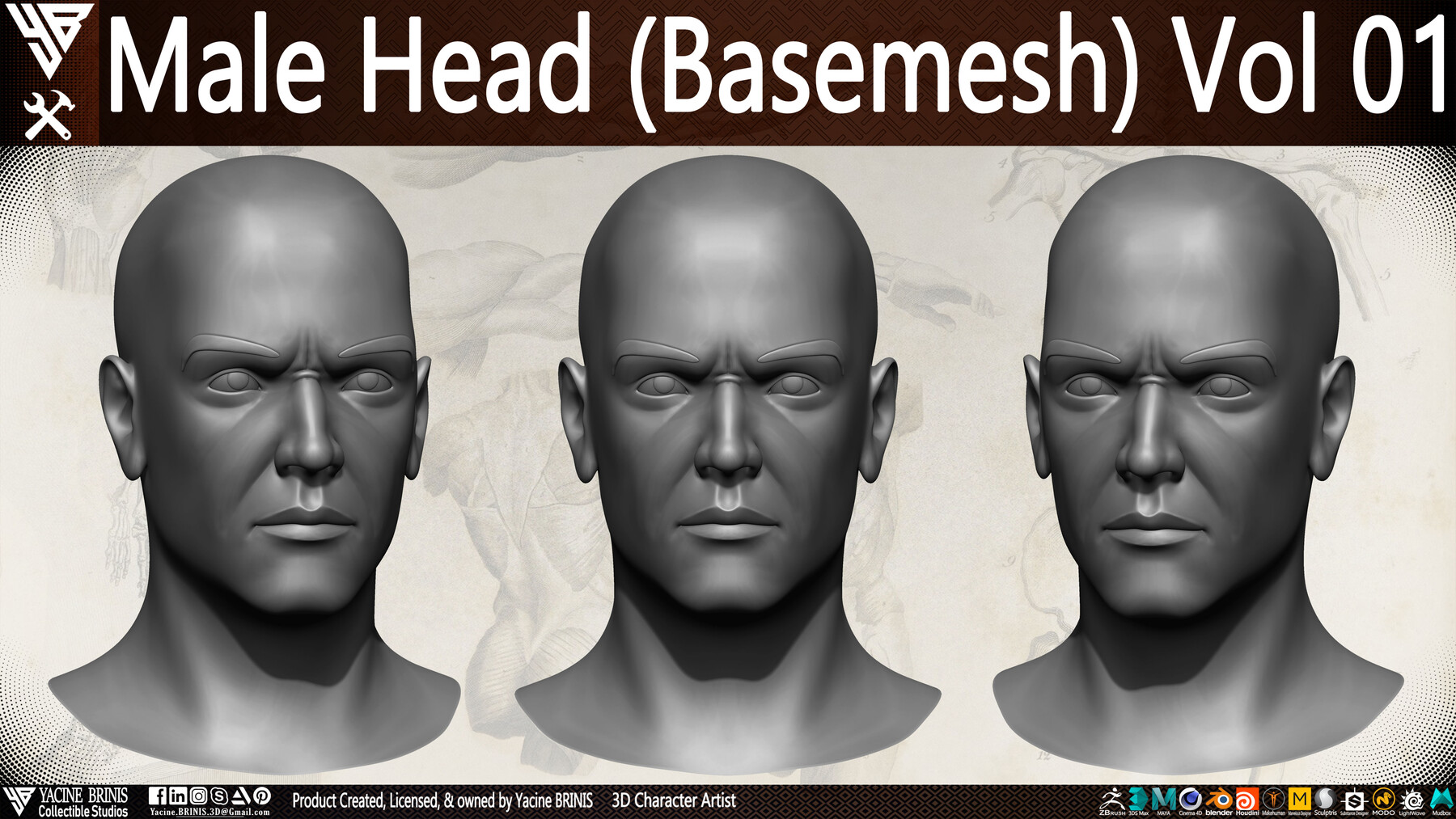 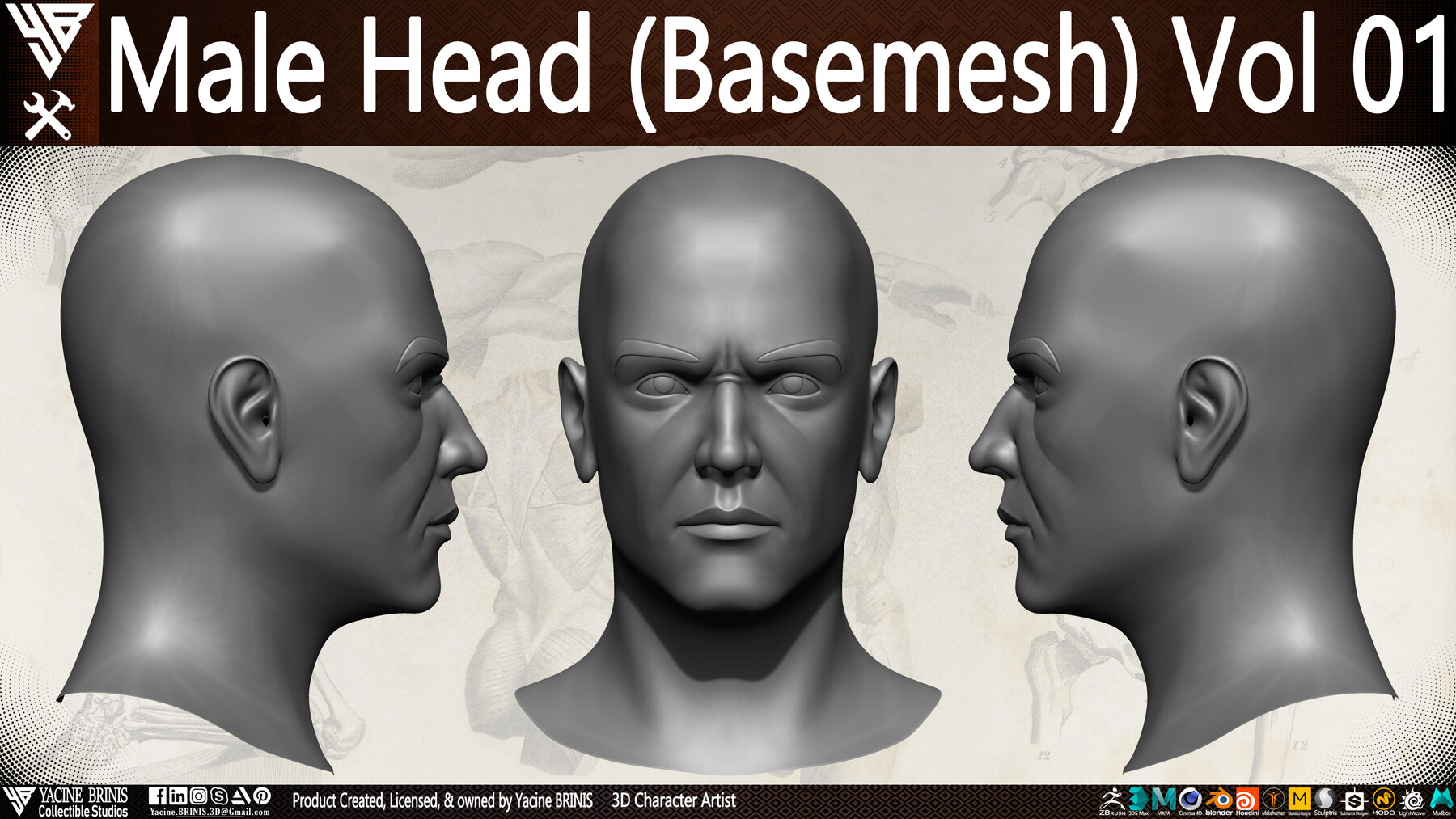 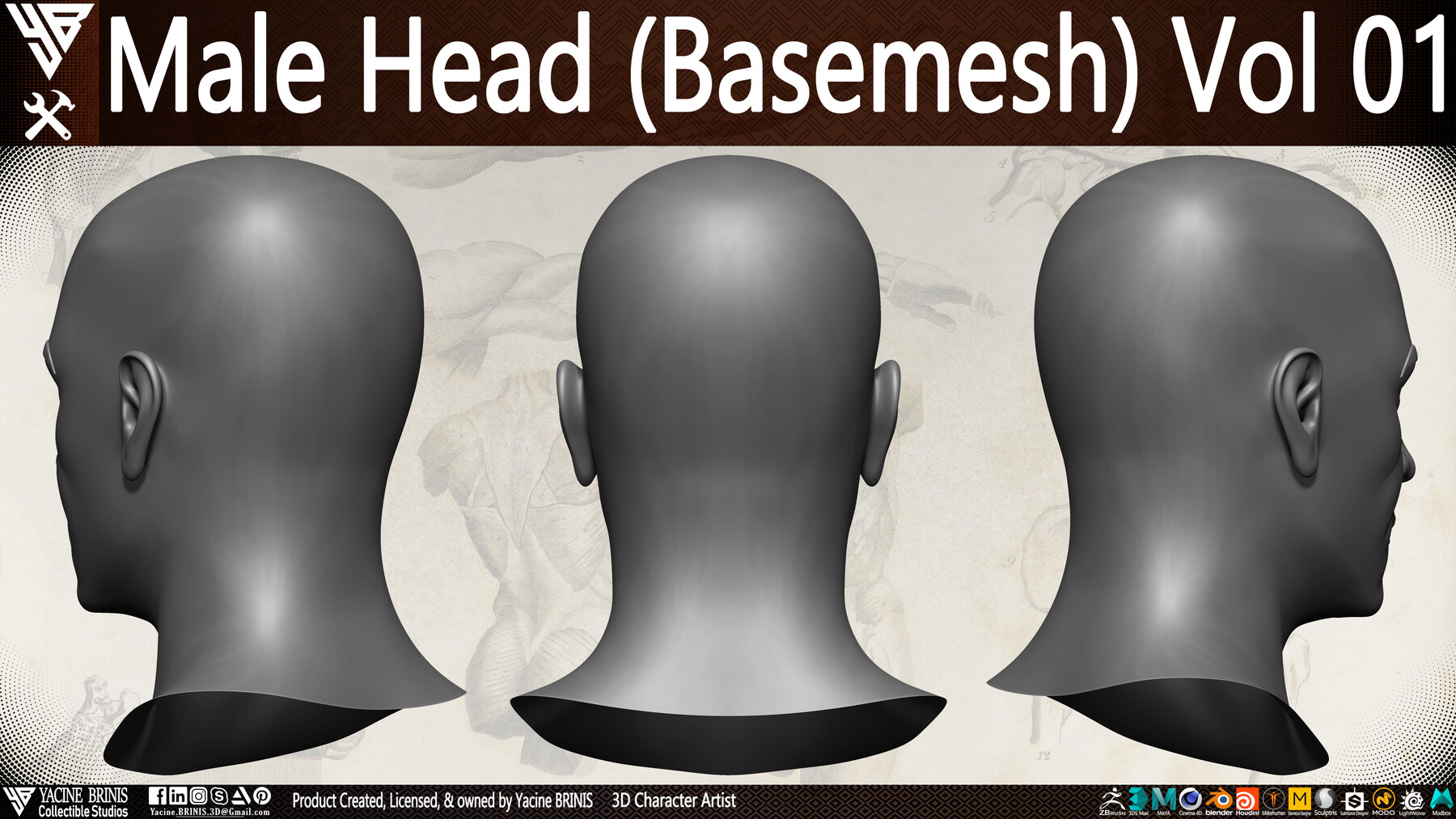 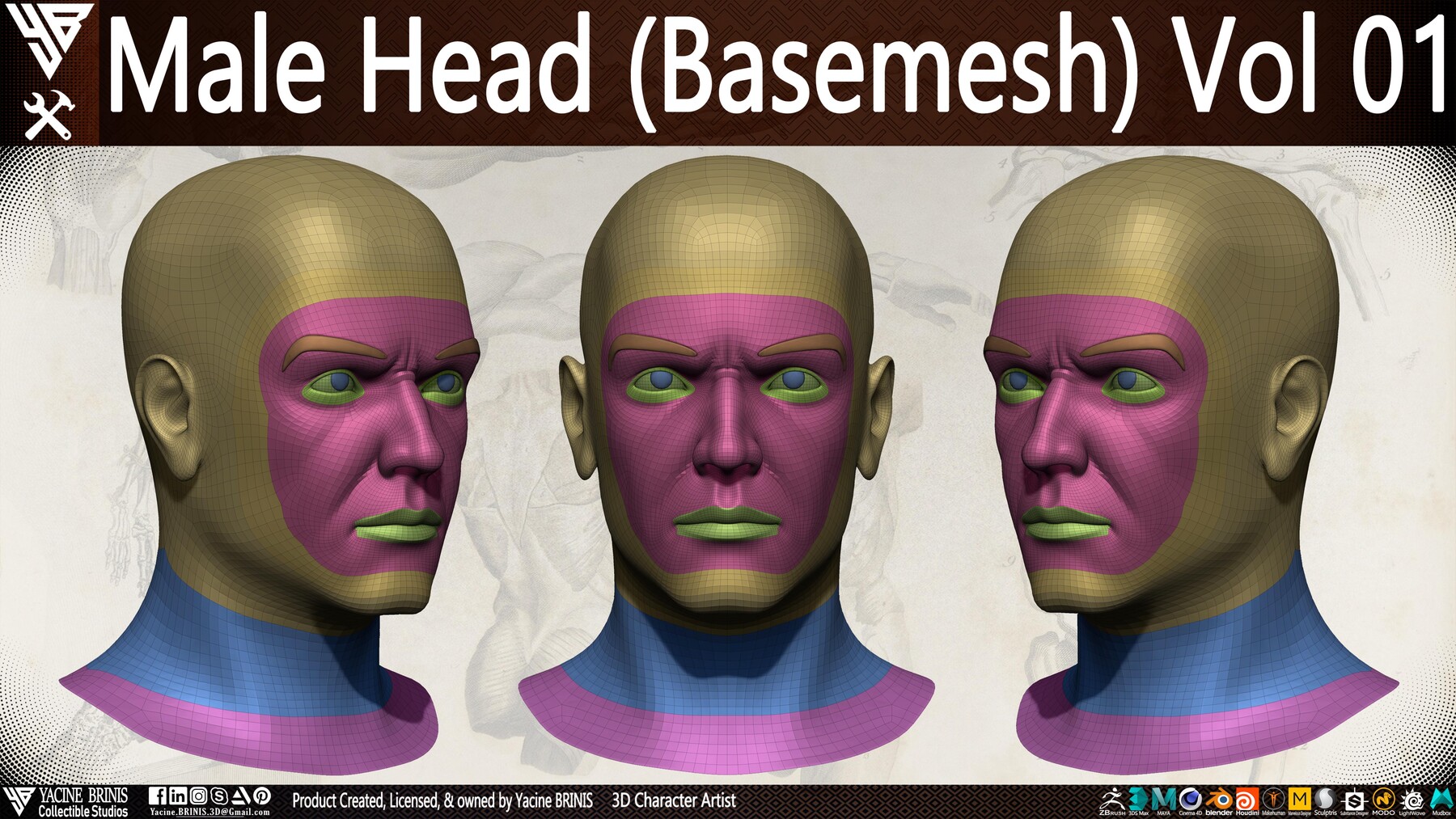 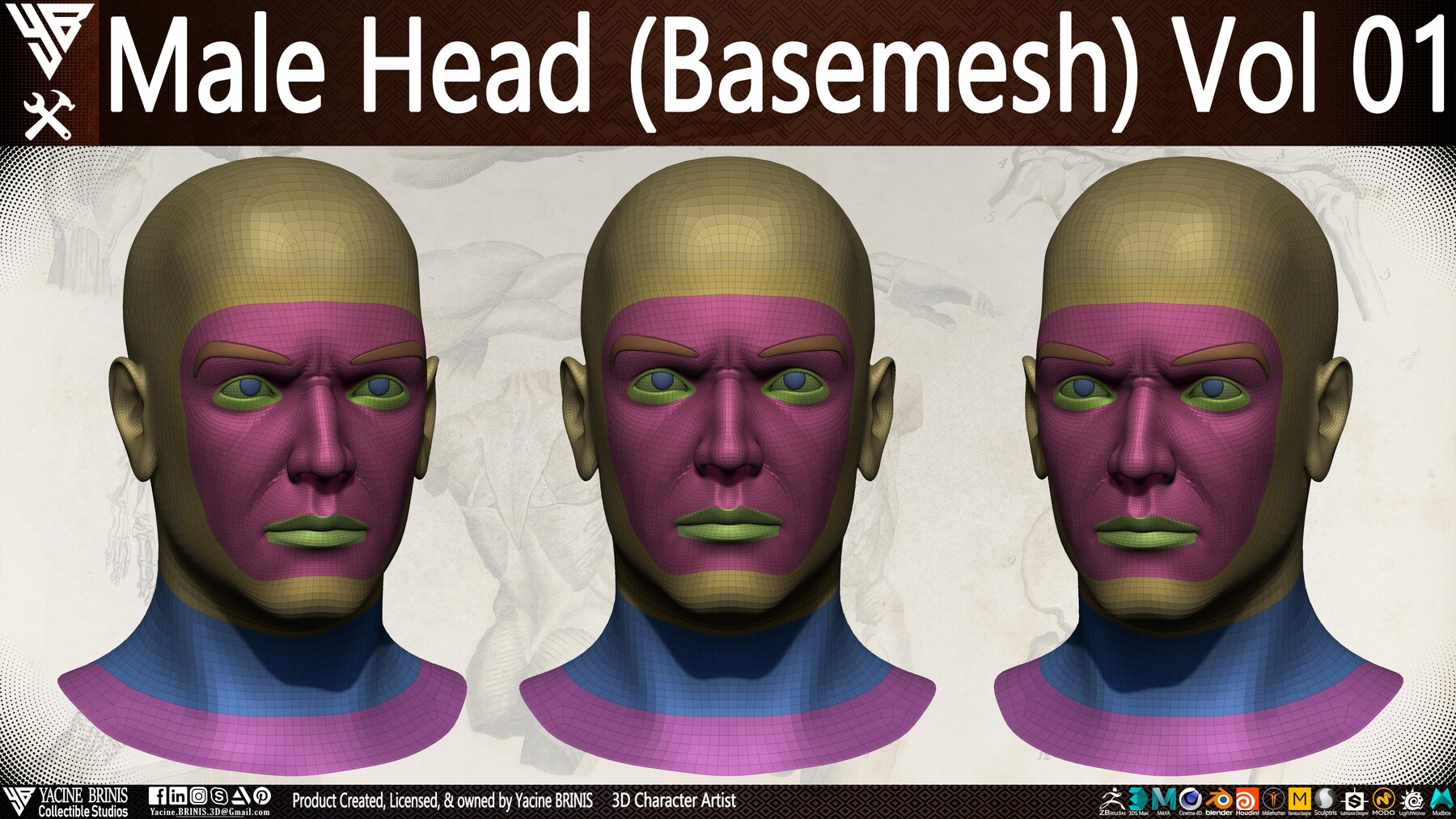 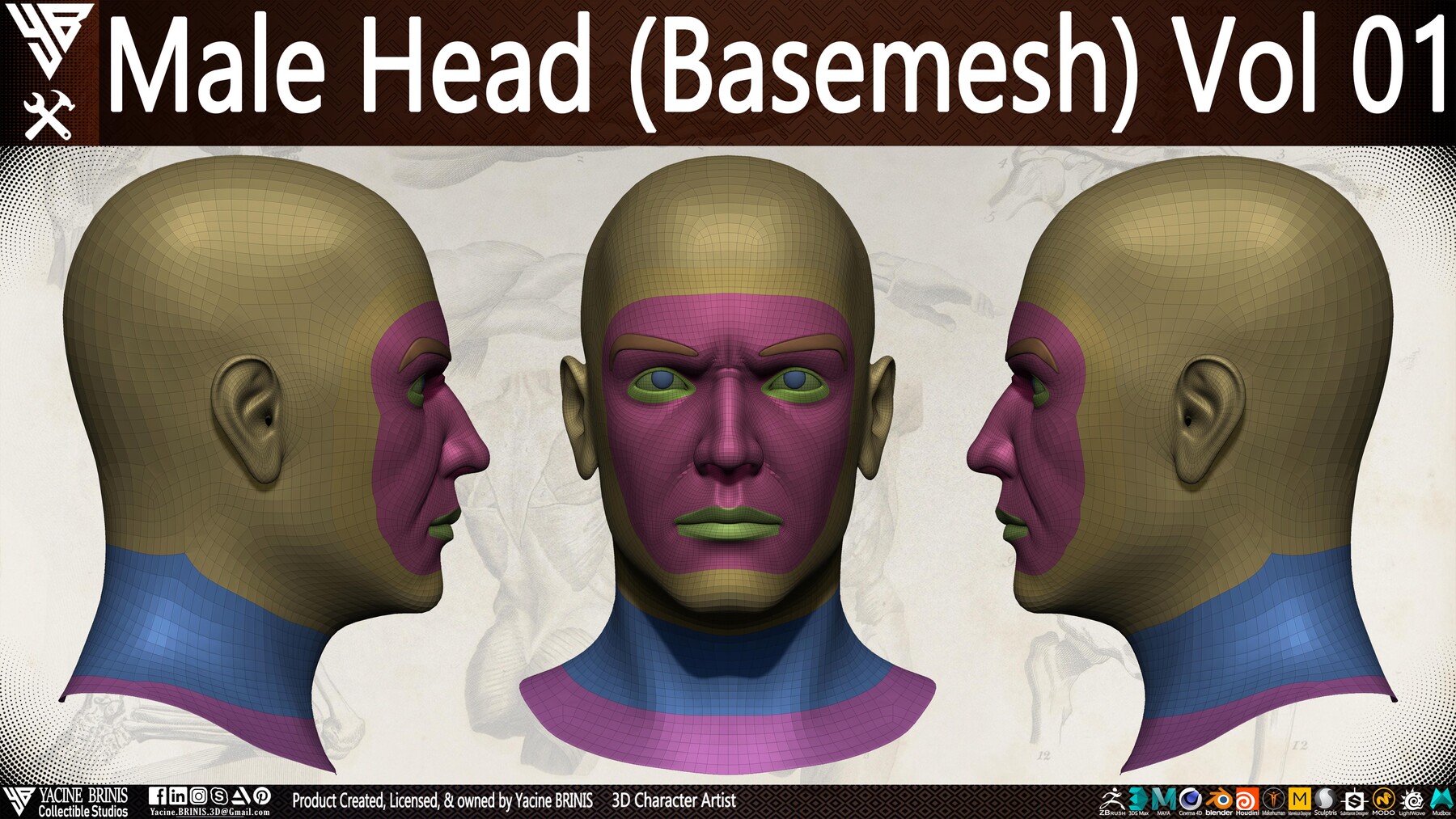 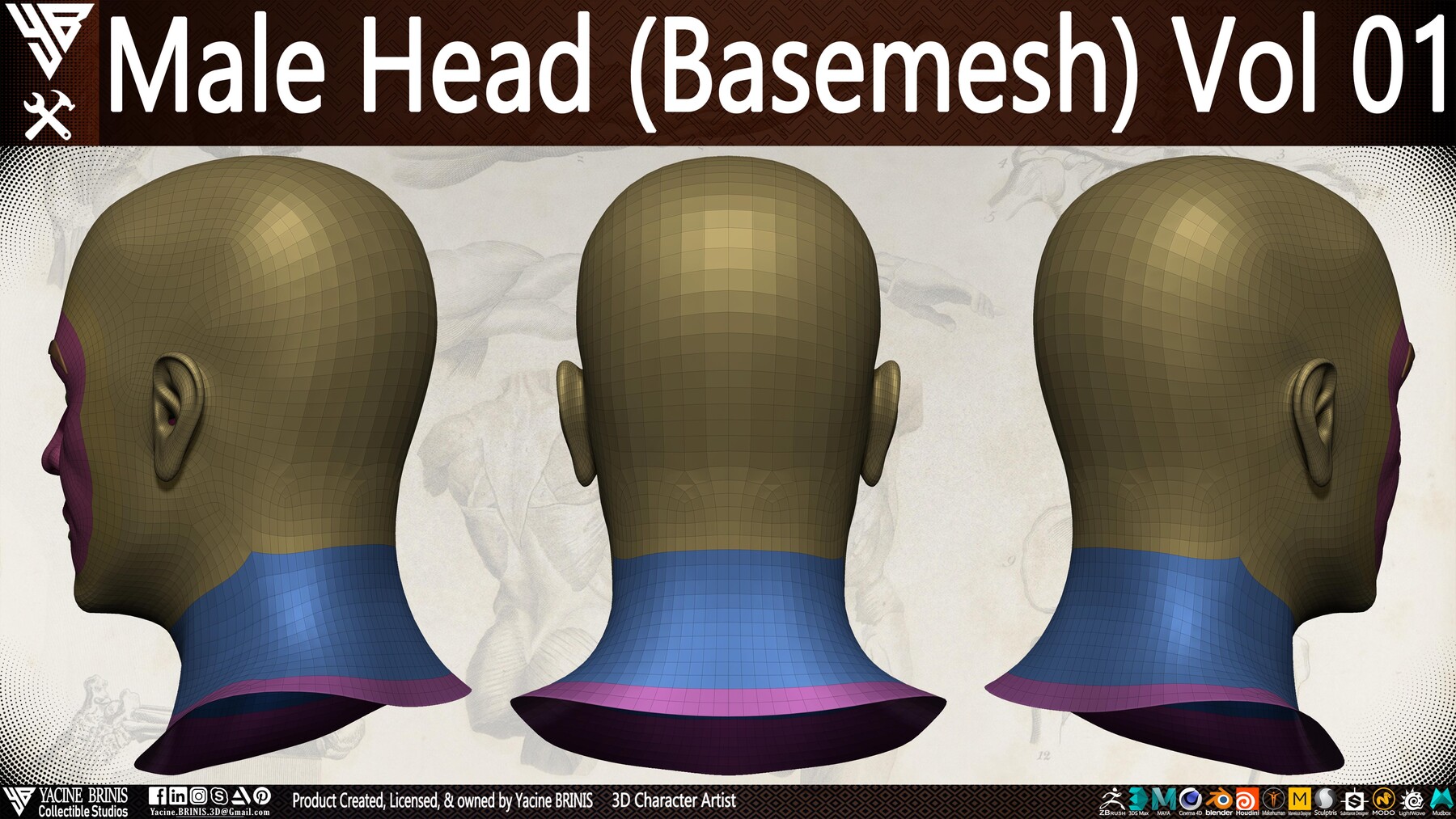 This is a Male Head BaseMesh 3D Model you can use for your scene, statue, short film, 3D Print, Video Game.

info about this Product :

Please don't forget to add a Rating, a Review, and a tip, so that I will be able to message you back in case you need something...

License Info:
Commercial use of the Brushes/Alphas are permitted but the alphas or brushes themselves can not be sold or shared and must be embedded components in media such as video games, movies...etc.

License Types:
Single User License - For one person only.

Thank you so your support.

We truly appreciate your business and look forward to serving you again.

One copy to be used by a single user.

One installation by a single user.